I made some gingerbread cookies just before Christmas, and thought it would be a nice idea to have some festive ice cream to go with them. Seeing as I still had a massive load of spiced rum left over from making mincemeat (mmm….my favourite!), I decided to make rum and raisin ice cream. I don’t think I’ve ever had it before, but it was certainly yummy and paired very well with the gingerbread! 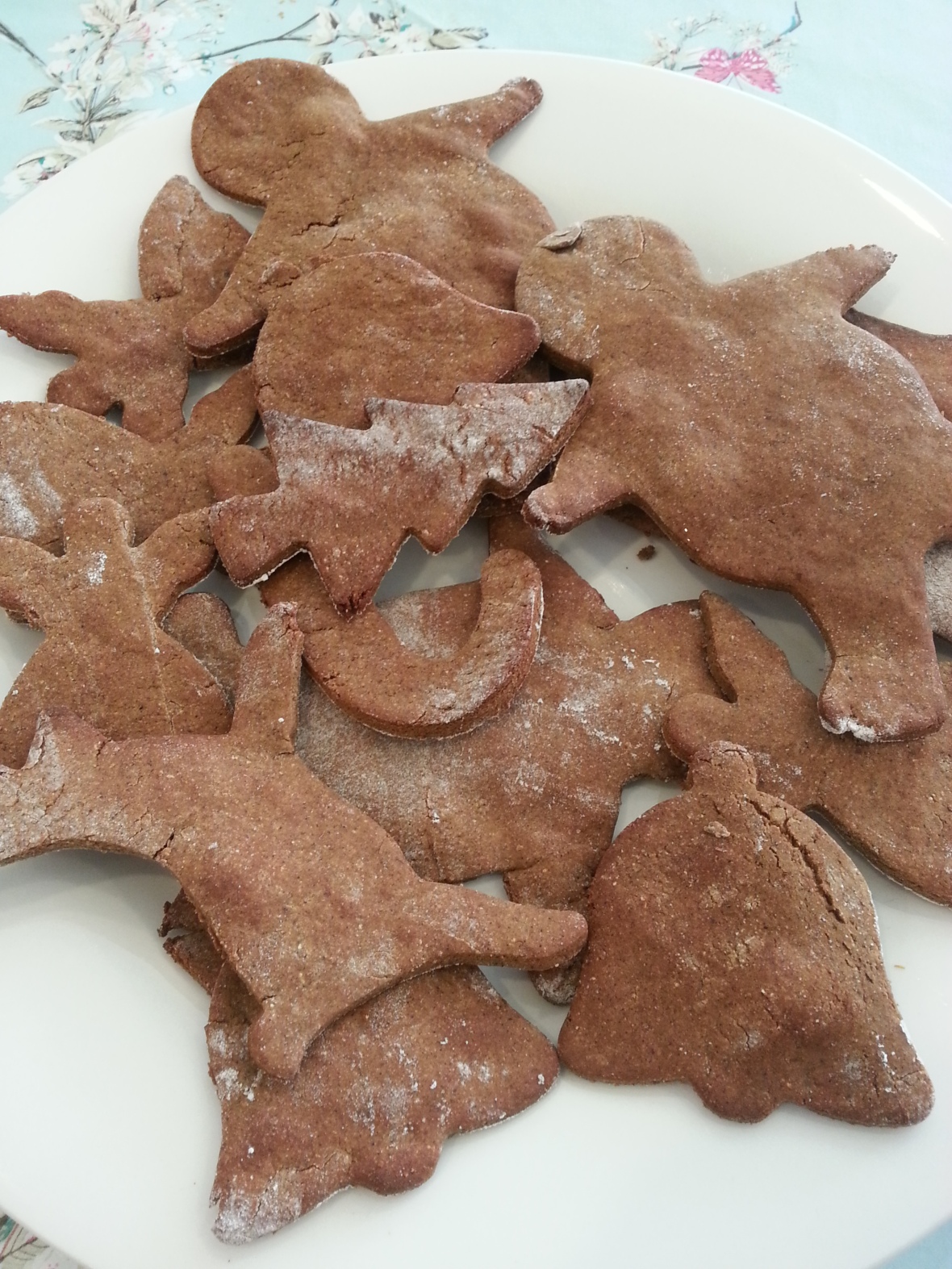 I started by soaking raisins in the rum for a few hours. I then heated about 1-2 cups of rum in a saucepan. Once that was bubbling, I added a tin of thick coconut milk and a bit of vanilla powder and let that all boil for a minute or two. I then turned down the heat before quickly whisking in two egg yolks. I then added in the rum-soaked raisins. Once all combined (whisk quickly and at low heat, because you don’t want to end up with scrambled egg in your ice cream!) and cooled, I put it in the freezer to set. 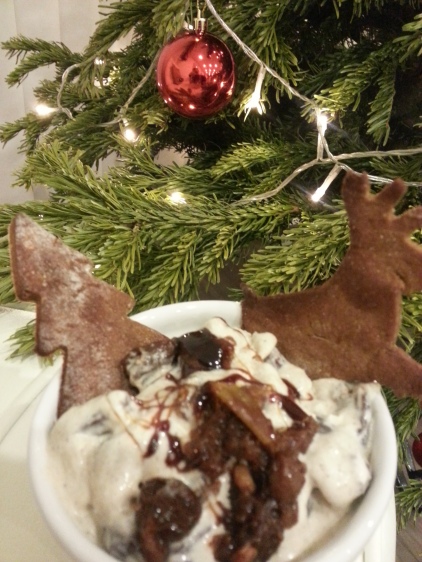 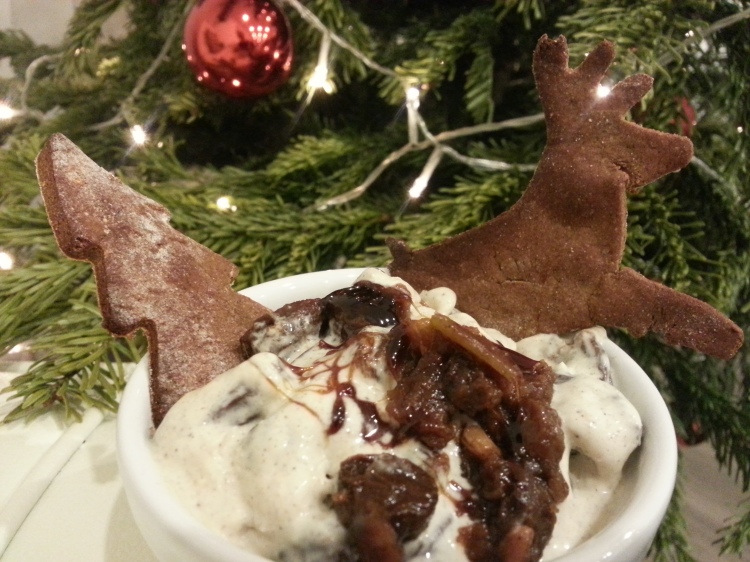 The great thing about this ice cream is that the alcohol content prevents it from freezing into a solid block like most ice cream will do if you forget to stir it. Even a few days later, the leftovers were soft enough to be able to scoop straight from the freezer.

I also made a little rum caramel to decorate – this was just by boiling down the rum that was leftover from soaking the raisins (it was already sweet that way!) and adding 1 tsp coconut sugar.